The research of Bill Jaynes Chandler indicated that Brittain remained in Dinwiddie County, Virginia. One of Brittain’s sons, Sterling, was living in the household of his uncle, Thomas the Younger, in Lunenberg County, Virginia, at the time of his 1809 marriage.

The twins, Elijah and Elisha Chandler, were born 17 December 1824 in Lincoln County, Kentucky.

Sometime between 1828 and 1832 Manson moved his family to a part of Oldham County which later became Henry County.

They lived on the Little Kentucky River at the present Henry and Trimble County lines. Manson and his wife are buried just outside Sulphur where they owned a small farm.

Their children were Carrie, James William, Thomas, Ellen, Edmona, Mary, Mattie and Samuel Dehaven. Elijah farmed until his death on 4 May 1894. He and Sarah are buried in the Sulphur Baptist Church cemetery. 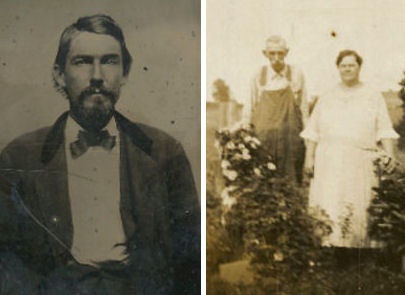 and they had a farm just across the county line in Trimble County. The farm was at the end of a lane off highway U.S. 421 and, as was the custom, the road was called Chandler Lane for years. Samuel and Flora are buried in the International Order of Odd Fellows Cemetery in Bedford, Kentucky. Their children were Thelma, Frieda, Helen and Samuel Raymond. 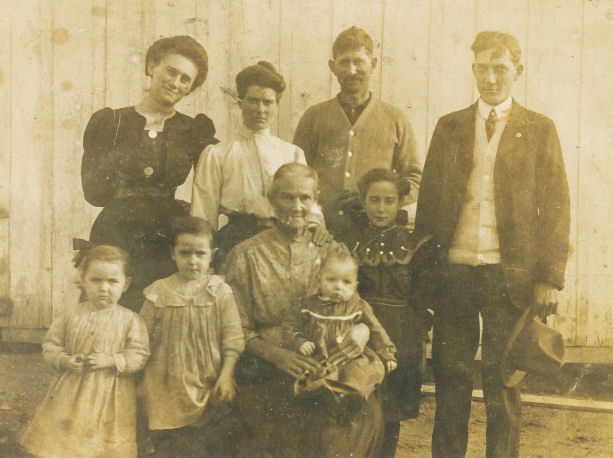 is at the center of this unidentified family group. 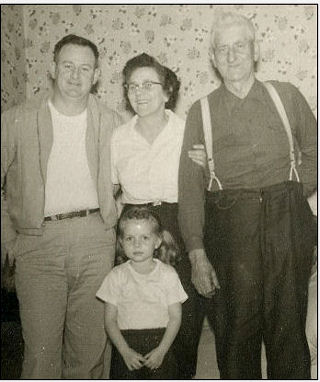 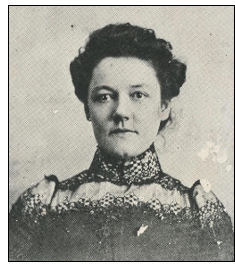 This Samuel, the first Chandler in many generations who did not farm, worked as a cream route driver and played semi-professional baseball. Samuel primarily played right field for the Bedford Braves in the North Central Kentucky League and was quite a hitter. His claim to fame was getting three hits off Satchel Paige when Paige was touring Kentucky with the Zulu Cannibals in the 1930s. He always said his hitting ability was because of lifting heavy cream cans all day on his cream route. The hitting story was substantiated by two of his former teammates at an Old Timers game in Bedford, Kentucky, in the early 1970s. He also told the story for an oral history program in Kentucky.

, and they moved to Indianapolis during the Depression. Their children were Larry Douglas, born in 1942, and Judith Ann. Samuel worked in an Indianapolis Uniroyal factory until retirement. While employed at Uniroyal, he lost three fingers of his left hand in a rubber press and never played organized ball again. Larry says, “When I was in high school I fancied myself as a pitcher. Dad ended that fancy by hitting everything I could throw across the plate. He was a baseball fan all his life and had an excellent understanding of the game. I always thought he would have been an excellent coach.” 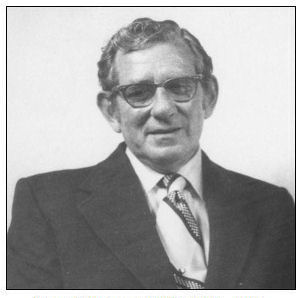 Samuel and Mildred returned to Kentucky upon his retirement from Uniroyal in 1974, and Larry made the move with them. Samuel Raymond died 6 December 1999; he and Mildred are buried in the International Order of Odd Fellows Cemetery in Bedford, Kentucky.

From 2004 until his retirement in 2008, Larry Douglas Chandler served as Warden of the Kentucky State Reformatory located in LaGrange, Kentucky. The Reformatory, which opened in 1936, was planned and constructed under the first administration of two-time Kentucky Governor A. B. “Happy” Chandler. Until Larry’s DNA test result proved him to be a member of Group 4, he was not aware that he was related to Kentucky’s famous Happy Chandler. 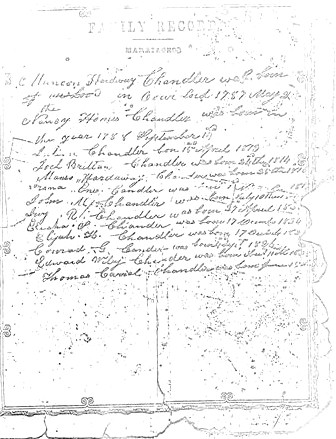 Manson Hardaway Chandler was born in our Lord 1787 May 21.

Nancy Homes (Holmes) Chandler was born in the year 1788, September 14.

Manson H. Chandler was in the 6 Reg’t (Sharps) Virginia Militia as a Private during the War of 1812. 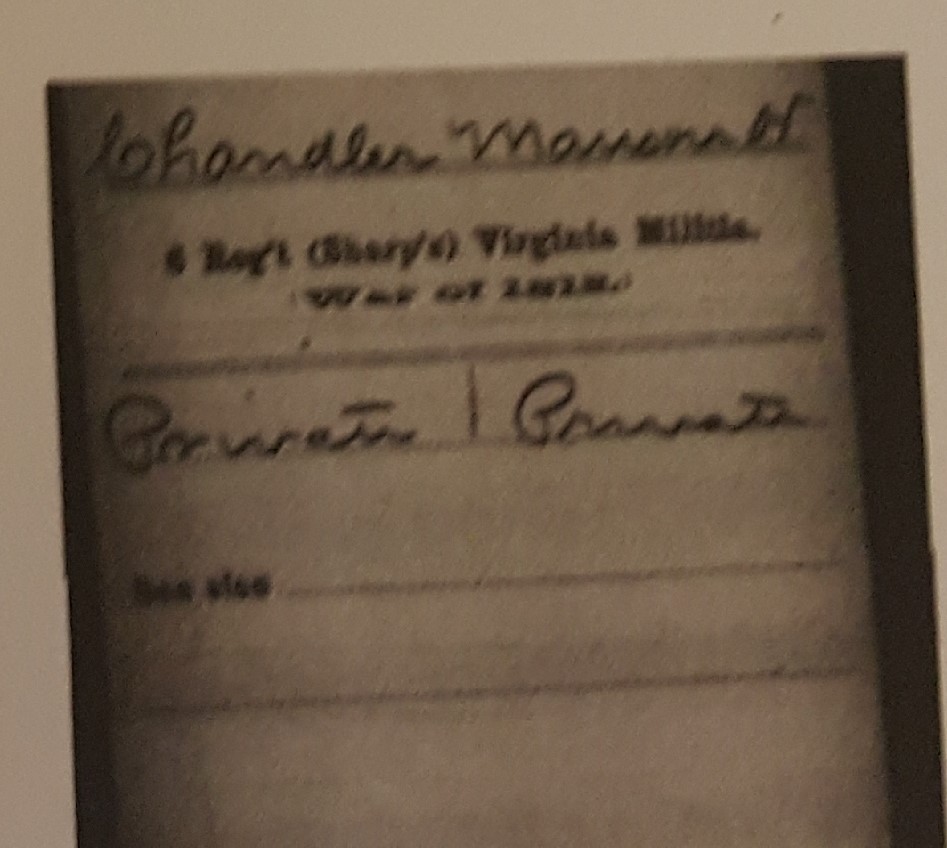 1 Evidence that Sterling, after his father’s death, was in the household of or closely associated with the family of his uncle, Thomas Chandler the Younger, is from the research of Dr. Bill Jaynes Chandler, as follows:

The above is sufficient to assume, I think, that Sterling likely moved to Lunenburg County after his father died, and that there he was associated with his Uncle Thomas and family.

I believe that Sterling was Britain’s son, since earlier, while Britain was still alive, he was listed, along with Wiley Chandler, in Britain’s household, in the Dinwiddie County personal property tax lists in which males 16 and over were given by name. If Manson Hardaway Chandler was, as I think he likely was, Britain’s son, both he and his other brother Hubbard were too young then to have been included. Britain was in the Dinwiddie tax lists through 1806, and in 1807 the listing was “Britain Chandler estate.”

Larry Douglas Chandler says, “According to his field notes, Mr. Meeks visited this grave site on December 22, 1982, and listed Manson’s name as Mason. The dates are consistent with Manson’s birth and death. I believe this was Manson’s grave site. The graves stones are no longer at that location.” See Meek’s transcription below:

5 Manson and Elijah are on the 1830 census for Oldham County. Twins Elijah and Elisha were born in Lincoln County Kentucky in 1824.