but no records have been found of his family. His son Dave,

a Chandler DNA Project testee, so far does not match anyone else in the project.

Joe told his family that his mother died about 1902, when he was around two years old. He believed her to be a native of England. Joe’s father, whose name was John J. or possibly A. J., ran a grocery store in the state of Washington.

Few memories remained from the time after his mother’s death and before Joe left the state of Washington. Joe recalled making a trip with his father to Yakima, Washington, on a buckboard. He left school after third grade and left his father’s home at age 10 (approximately 1909). He remembered being cared for by “a red-headed aunt”, so possibly he stayed with relatives for a while after leaving his father. Joe saw Halley’s Comet in Spokane in 1910, and he later spent several years off and on in Yakima, Washington. Joe believed he had a Chandler uncle, probably a younger brother to his father, who served in World War I (1914-1918) in Czechoslovakia. He remembered swimming in the Snake, Palouse and Tucannon Rivers of Washington.

Joe’s early life was tragically impacted by the loss of his mother. His son Dave believes Joe was so emotionally traumatized by this and unknown other events in his early childhood that, until the time of his death at age 85, he had “genetic amnesia”. Genetic amnesia is described by at least one source as being “cut off from your past”. 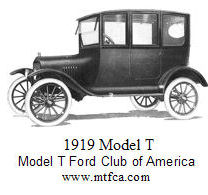 Joe would have been of draft age before WWI was over, but there is no record that he registered for the draft.

Records of Joe’s life pick up after he and two friends drove a car from Washington to California around 1920, working as migrant fruit pickers along the way. Joe drove – he was the only one of the three with a driver’s license.

His first job in California was as a ranch hand at the Santa Fe Ranch in San Diego County. San Diego at that time was surely a wonderful place for a young man to settle. 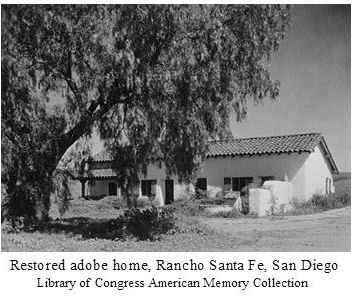 a division of the Santa Fe Railroad, purchased the San Dieguito Land Grant and changed the name to Rancho Santa Fe. Several million eucalyptus trees were planted as part of an experimental program to provide suitable wood for railroad ties. The program failed, but the young forests continued to grow and soon blended with the area’s natural vegetation. In the 1920s the ranch was divided into several hundred parcels for orchards and country estates.

Joe must have come along right at the end of the historic ranch’s life as a working ranch.

One story he told of his time at the Santa Fe Ranch was when he and his lifelong friend, Bert Dugdale, rode horses east of the ranch and came to a swollen river. Joe was very apprehensive about taking his horse through the water, as it was a new experience for him, but after watching Bert urge his horse into the river, he had no choice other than to follow. Joe said, “It was a breeze”, and was such an exhilarating experience that they both came out laughing on the other side. 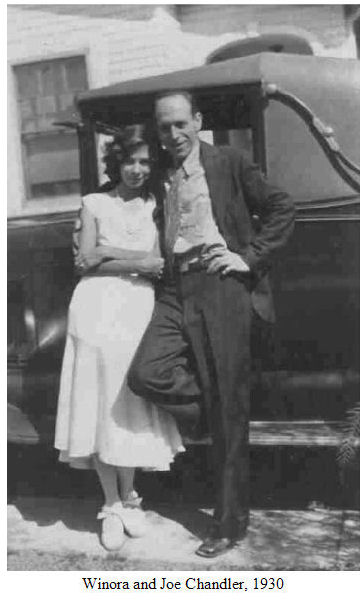 Joe is in San Diego at the time of the 1930 census — a single 30-year-old, he is “head of household” with two male “co-lodgers.” His occupation is given as trucker for Sea Food Packing.

The next recorded document is of his marriage in San Diego County on 11 September 1930 to Nellie Winora Gilson.

Money was tight during America’s Great Depression, which was at its height when Winora and Joe married. Their main pastimes in the early years of their marriage were socializing and dancing at the Bostonia Ballroom and playing cards with a circle of friends.

Joe and Winora had four children, all born in San Diego and all still living.

Their youngest, David Charles (Dave) Chandler, is the DNA testee for genetic Chandler family #37. On the birth certificate for Dave, born in 1937, Joe’s occupation is shown as a warehouse man for eleven years, which would cover the period 1926 – 1937.

At this time he was employed by Van Camp Seafood Company, now Chicken of the Sea, at 1445 South Crosby Street in San Diego.

He was later employed by Railway Express, Santa Fe depot, in San Diego, for 23 years before retiring in 1966.

Joe and Winora Chandler were divorced on 19 October 1946 in San Diego.

Joe never remarried, and he lived in San Diego for the rest of his life. 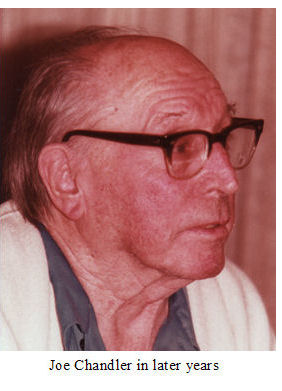 Joe was an avid card player and gambler and an excellent ballroom dancer. Dave says his dad always wished he could “take a steamboat ride to Canada” and that he admired Yakima Canutt, a fellow Washingtonian who made a name for himself in rodeos, wild west shows, and movies.

After cremation, his ashes were scattered at sea.

Many mysteries remain from Joe’s life, including the names of his parents. Joe always said that his father was born in Des Moines, Iowa; however, in Joe’s 1930 census record for San Diego, California, both parents are shown as having been born in Michigan.

On his marriage application in 1930, he reported his father’s name as A. J. Chandler and place of birth as Iowa.

When he applied for a Social Security card in California in 1937, Joe gave his father’s name as John J. Chandler.

It is unlikely that this is the family of Joe Buster Chandler. If Joe was related to this family, he was not part of their household at the time of either the 1910 or 1920 census.

Dave says, “Grandpa Chandler is a man without a name or place”.

Joseph B. Chandler residing in Nahcotes Precinct, Pacific County, Washington (Nahcotta, Pacific County, Washington), on the 1920 census was thought for a while to be a good candidate for Joe Buster Chandler. The census record states he was born in Illinois in 1895 with a father born in Indiana and a mother born in Iowa. Later research proved that this Joseph Chandler died before Joe Buster, so he is not the Joseph who moved from Washington to San Diego.

There is no record of Joe’s birth or of his residence in the states of Washington, Oregon, Utah, Idaho or California until after his arrival in San Diego. Joe did not believe he had any siblings, but it is possible there is a Chandler family somewhere who will recognize some of the details of his story and be able to provide more information. If anyone has information on this Chandler family or wants to get in touch with Joe’s son Dave, he can be reached at

2 David Charles (Dave) Chandler has been searching for over 30 years for information on the early life of Joseph B. (Joe Buster Chandler) and the names of his parents. The Chandler family information in this article is from his files or his memories of talks with his father.

14 Certificate of Marriage, Joseph B. Chandler to Nellie Winora Gilson.