The Chandler DNA Project has six participants whose results match closely enough to be designated as Genetic Family Group 18, the eighteenth genetic family to be discovered by the project.

Five of the participants live in different English counties, and the sixth lives on the other side of the world, in New Zealand. We have not yet been able to identify the common ancestor of these participants. However, their individual lines have all been traced back to places in southern England within a 35 mile radius of each other.

In order to promote further research of this genetic family, a new CFA Chapter numbered 18 has been established – see the Chapter 18 page. 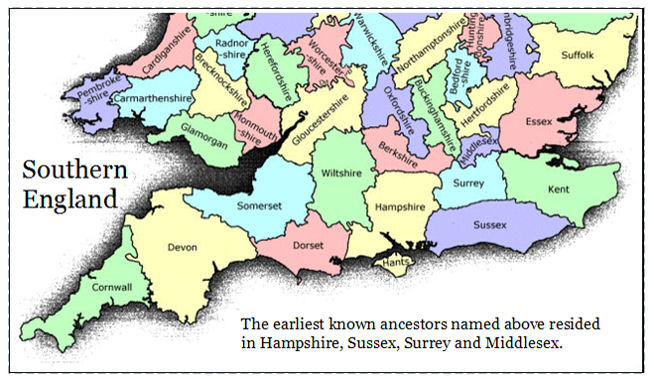 Daniel Chandler was christened at Bramley, near Guildford in Surrey in 1659. Described as “of His Majesty’s Civil Service”, he married Elizabeth Dare and they had two sons, Daniel and John. 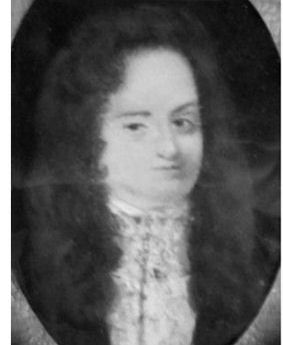 Son Daniel (1687-1753), whose portrait is at right, was christened at the church of St Nicholas in Guildford in 1687. He married Elizabeth More, and they had two sons, Daniel (1726-1791) and Richard (1737-1810). Colin Heape, a descendant of Daniel, member of the Chandler Family Association, and Research Director of CFA Chapter 18, obtained a copy of Daniel’s Will in which he described himself as a Supervisor of the King’s Excise. All Government Servants at that time were required to provide a certificate, witnessed by a clergyman and three churchwardens, confirming that they had received communion in the Church of England. This was to prevent dissenters and Catholics from holding public office. Colin obtained a copy of Daniel’s Sacrament Certificate dated 1717 from the Hampshire County Council Archives. This confirmed that he was a Customs Officer for the parish of Barton Stacey, and that he lived at St. Mary Bourne near Andover, all in the county of Hampshire. Daniel died in 1753 and is buried at St. Michael’s Church in Southampton. 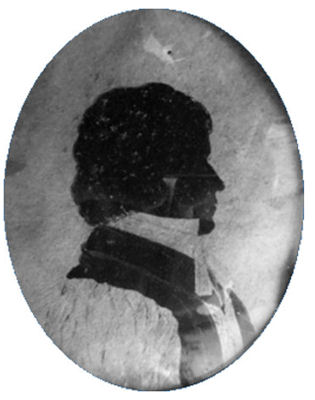 Daniel and Elizabeth’s son Richard Chandler (1737-1810) (silhouette at left) was born at Elson, Hampshire and christened at Alverstoke on 11 May 1737. Educated at Winchester School, he entered Queen’s College, Oxford on 9 May 1755, and was granted his demyship [a type of scholarship] at Magdalen College in 1757, obtained a Bachelor of Arts degree in 1759, and became a fellow of that college in 1770. Whilst at Oxford, he published several works on antiquities including his Marmora Oxoniensia in 1763. He was introduced to the Society of Dilettanti in 1764, and sent on an expedition to Asia Minor and Greece. The Dilettanti Society was founded as a London dining club in 1732 by a group of noblemen and gentlemen, who had been on the “Grand Tour“.

As a young man, Richard Chandler obviously attracted attention. It was said that he had piercing eyes and it was enchanting to hear him speak. He was given command of the expedition, which embarked from Gravesend on 9 June 1764. They spent over a year in Asia Minor and visited Athens, where Chandler gloomily noted that the Parthenon was in danger of being completely destroyed. He was able to buy two fragments of the Parthenon Frieze that had been built into houses in the town. They had to return to England in November 1766, because some of the party were in poor health. His journal on the expedition, which he published on his return, made his reputation as an Antiquarian. As a result of this expedition, the Society published the “Ionian Antiquities”, which had a major influence on neo-Classicism in Britain.

Richard Chandler was made a senior proctor of Oxford University in 1772 and obtained his Bachelor of Divinity and his Doctorate in 1773. He worked on the old archives at Oxford with his friend the Reverend Gilbert White, made famous for his book “The Natural History of Selborne”. Richard wrote a biography of the founder of Magdalen College, William Waynflete, which is still used by scholars of the University today. Richard married Benigna Dorrien at St. Marylebone in 1785. The Dorrien family were Prussian and came to England in 1672. Frederick Dorrien founded Dorrien & Mello’s Bank, which later became Glyn Mills. He endowed the Dorrien Ward at the London Hospital. Benigna was the daughter of Frederick’s son Liebert Dorrien and his wife Catherine. After their marriage, the Chandlers spent the winter at Nimes in France and also visited Switzerland. Richard and Benigna had two children, a son named William Berkeley (Colin Heape’s great grandfather) and a daughter called Georgina. Both children were born in Switzerland. Richard and Benigna returned to Italy in 1787 visiting Florence and Rome, where Richard studied manuscripts of Greek Testament in the Vatican. On his return, Oxford University gave him the living as Vicar of Tilehurst near Reading in Berkshire in 1800. He died at Tilehurst on 9th February 1810.

John Chandler born about 1635 is believed to be the father of Thomas Chandler born 1660 who married Mary Bennett in a Quaker ceremony in 1682 and had son Thomas on 30 December 1684.

There are records of family members in Ireland. It is possible that these result from Quakers who went to Ireland to provide relief during the potato famine between 1845 and 1852.

Benjamin married Jemima Withall at the Church of St Mary in Frensham, Surrey on 1 May 1784. Benjamin and Jemima had three children: Elizabeth in 1791, James in 1799 and Eli in 1804. We are in touch with two cousins who descend from the sons of Benjamin and Jemima. Matthew Wilkinson is the great grandson of Kathleen May Chandler, granddaughter of Eli, the younger son of Benjamin and Jemima. We are obliged to Matthew for permission to use his photographs to illustrate the story of DNA project participant Stan Chandler, who descends from Benjamin and Jemima’s elder son James. Stan was born in Hampshire in 1926 and is acutely aware of the struggles of the working man in English society. You can read his family vignette here.

Thomas was christened at Headley on 18 July 1779, the son of Thomas and Hannah Chandler. He married Martha Stocker at Headley on 4 February 1813. Their descendant Ian Peter Chandler has provided an outline of his family, which can be read here.

3 Quaker registers (Register of Births belonging to the Monthly Meeting of Longford, Middlesex from 1646 to 1775): Thomas son of Thomas and Mary Chandler born 30 December 1684 abode Latham.