CFA member Shaun Chandler of Nantgaredig in Carmarthenshire, Wales, shared these photographs of three generations of his family. 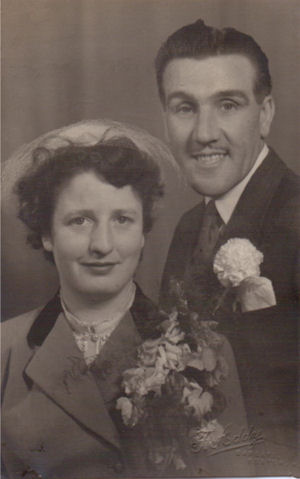 Shaun provided the follow narrative about his family:
My father, William Thomas Chandler (b 1916), and his siblings were put into care homes very early in life due to their mother dying young. My father joined the army at a very young age, around 15 years old. He served from around 1931 until 1951, mostly in India and Egypt. His rank upon discharge was Warrant Officer. After the army he held a variety of jobs but most notably was in insurance work. He died at the family home in Bishop’s Waltham, Hampshire, England, in 1997.
My mother’s name was Maire (sounds like Moira) Murphy. She was Irish, born in 1921 in ‘Black Castle’ (a farm with a family home) in Three Castles, Kilkenny, Eire. Her father was an accomplished player of the ancient Gaelic sport of hurling, and was noted for the ‘longest stroke’ in a ‘Long Puck’ contest in 1906. He was in the Guinness Book of World Records for years, but things have changed and he does not seem to be listed now. Mum died 5 years ago in Winchester hospital, Hampshire, with most of her family at her bedside.

My father was married to Noreen Halden whilst in India but she died young from TB (which Dad had also at one stage). They both started back to England around 1950, but Noreen died on the way back and is buried in Anfield Cemetery, Liverpool.

We know little – well, nothing really – about Grandfather Thomas. I never knew any of my grandparents.

In the photograph below, Thomas Chandler is with children Emily and William Thomas, Shaun’s father, at Odiham Care Home. Emily, at age 92, is Thomas’ only surviving child.

Note: The photo below has been partially digitally restored. To see the original photograph, click here. 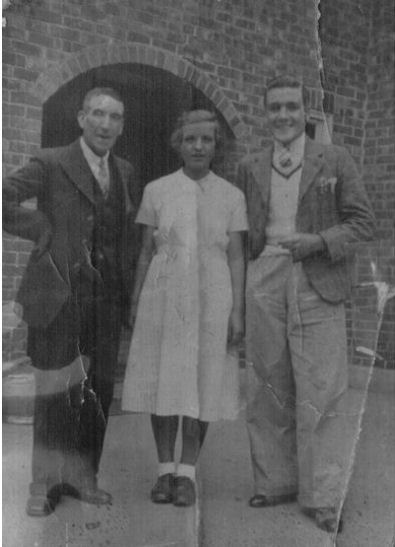 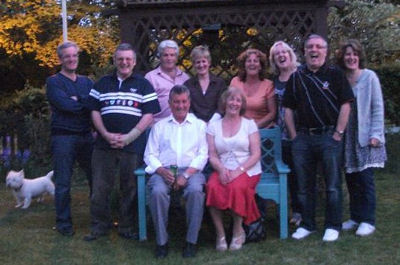