Send a photo and information about historic Chandler grave sites.
E-mail Claudia at

This website has also a page devoted to links to Chandler cemeteries and other cemeteries with known Chandler burials that have information available online. 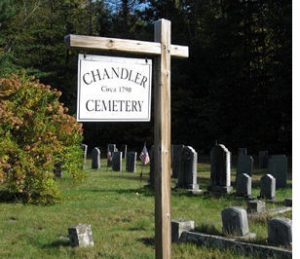 Chandler Cemetery is located approximately halfway between Gilead, Maine, and Fryeburg, Maine, on Route 113, commonly called the Evans Notch Road. A small section slips into New Hampshire at Chatham, the location of the cemetery.

The photos were taken by Steven Chandler, a descendant of Edmund Chandler (Genetic Chandler Family 13). Steve photographed the three markers below because of the similarities to his own name, Stephen Oliver Chandler. His comment was, ‘Nothing like having the experience before the expiration date arrives!’ 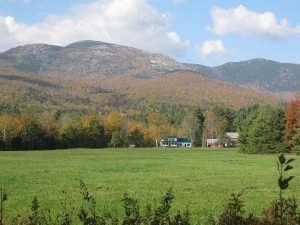 Carol May, Research Director of CFA Chapter 13 Edmund Chandler Descendants forwarded Steve’s photos with the following information: “I did a quick check into the Chandlers who were buried in that cemetery and I think that they were originally Fryeburg, Maine, Chandlers. I think it was Moses Chandler who first settled in the Fryeburg area after the Revolutionary War. Anyway, they trace back to William and Annis Chandler of Roxbury, Mass.”

The view from the cemetery is of Baldface Mountain, making Chandler Cemetery a spectacular location for a final resting place. Click on the small photo of the mountain to see a larger version of Steve’s beautiful photograph. This page will still be open behind the larger image. 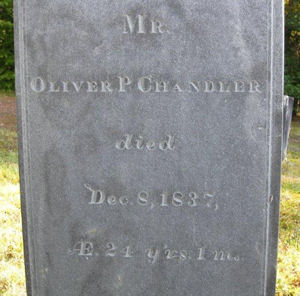 Note from the webmaster: The use of to indicate age is new to me. An example of that usage can be seen on this page: http://www.isle-of-man.com/manxnotebook/people/lords/edward.htm in a description of a portrait of the Earl of Derby. General information about can be found on this Wikipedia page: http://en.wikipedia.org/wiki/%C3%86. 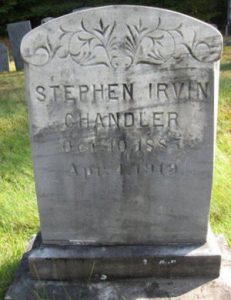 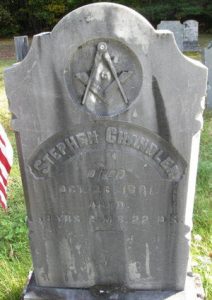