Send a photo and information about historic Chandler grave sites.
E-mail Claudia at

This website has also a page devoted to links to Chandler cemeteries and other cemeteries with known Chandler burials that have information available online.

Christopher Burns has submitted nine photos of the Lower Brandwine Presbyterian Church Cemetery, including seven of Chandler grave markers. The individuals memorialized are from the George and Jane Chandler line. Cemetery rules require only one upright marker per plot, resulting in some tombstones – such as the J. Poulson Chandler one shown below – displaying multiple names. Follow this link to see closeup photos (taken by Chris about 10 years ago) and transcriptions of the engravings of some Chandler tombstones at Lower Brandywine. 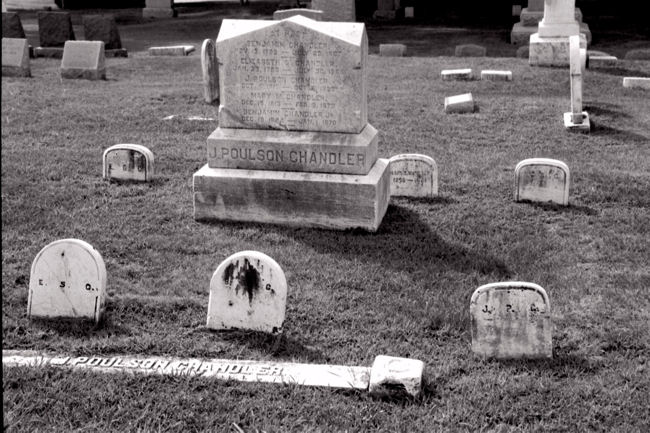 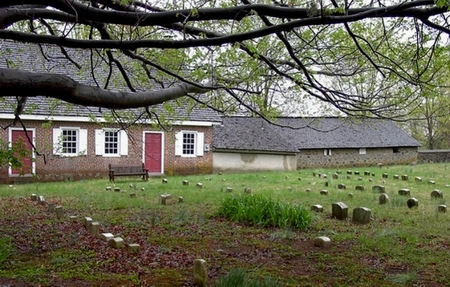 Centreville, Delaware, a small village that has existed at least since 1750, has lots of Chandlers, most of whom are believed to be descendants of the George and Jane line, Chandler Genetic Family Group 7B. Although early settlers began acquiring land in and around Centreville as early as 1680 and a Friends Centre Meeting House has existed since 1711, the year 1750 is generally accepted as the founding date for the Village of Centreville. The current Centre Friends Meeting House was built in 1796 to replace the original 1711 log structure. The cemetery at the Meeting House contains graves of several of Chris Burns’ Chandler ancestors, including Joseph and Ann below. Joseph Chandler, whose grave marker is show below, was the great-great-grandson of George (d. c.1687 on a ship while traveling to America with his family) and Jane Chandler. Read about Centreville’s history on the village website. 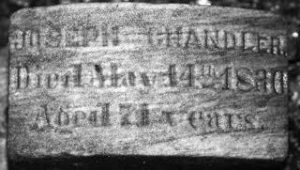